Honestly one of my favorite things about national convention is the art museums.  I could spend the whole time wandering through them.  In New York I missed a lot of the convention to the "museum time trap."  In Fort Worth I made an effort to attend more convention, less museum.  Therefore the DAM is the only one I made it to. 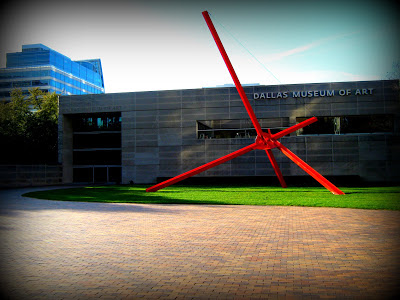 It was a 40 minute train ride and $10 round trip (vs. $60 for a taxi one way) from downtown  Fort Worth to downtown Dallas.  The museum was a 4 block walk from the train stop and definitely worth it.  The Cindy Sherman exhibit from the MOMA was just being installed but they had a Chagall exhibit that was AWESOME (and free with my convention pass). 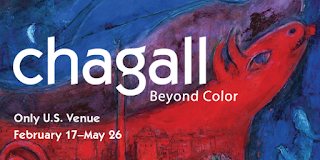 (check here for the website)
I have never been a huge Chagall "superfan" but that changed from this exhibit.  From this one exhibit I came up with the following ideas:
They DAM also had a large collection of "functional art" from the last century.  It inspired an assignment to have my students design a new chair... with specific requirements and for a specific customer. 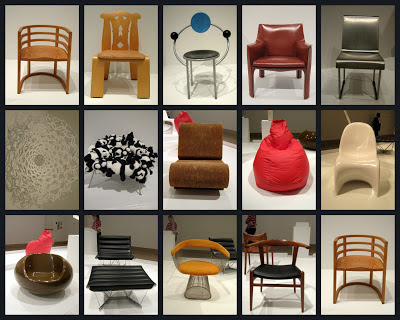 (Even the Omni Hotel thinks it is a good idea... check out their paintings) 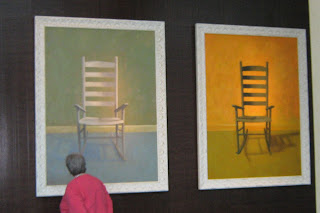 We finished the evening in Dallas with a tour of some other downtown Dallas spots... like where JFK was assassinated   It was definitely an odd feeling to be standing there on the grassy knoll looking at the X that marks the spot were he was shot.  Another first for the day was eating alligator.  I can tell you that it really  tastes just like chicken. 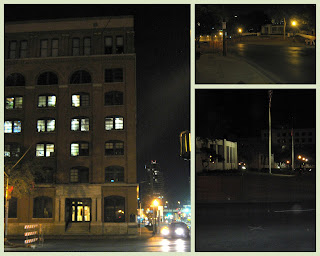