A while back I posted about a radial design project that the 6th graders created.  Those were the images from only 1/2  of the students.  Those students were missing out on two days of school and therefore worked on regular copy paper that they could take home.   They also had their choice of what materials to use.

The other half created their images on tracing paper using markers or colored pencils.  The tracing paper images are my favorite (but don't tell anyone).  They just GLOW.  I could see them frame matted in black and shinning in a window but I also love them mounted onto white paper.

To create them we: 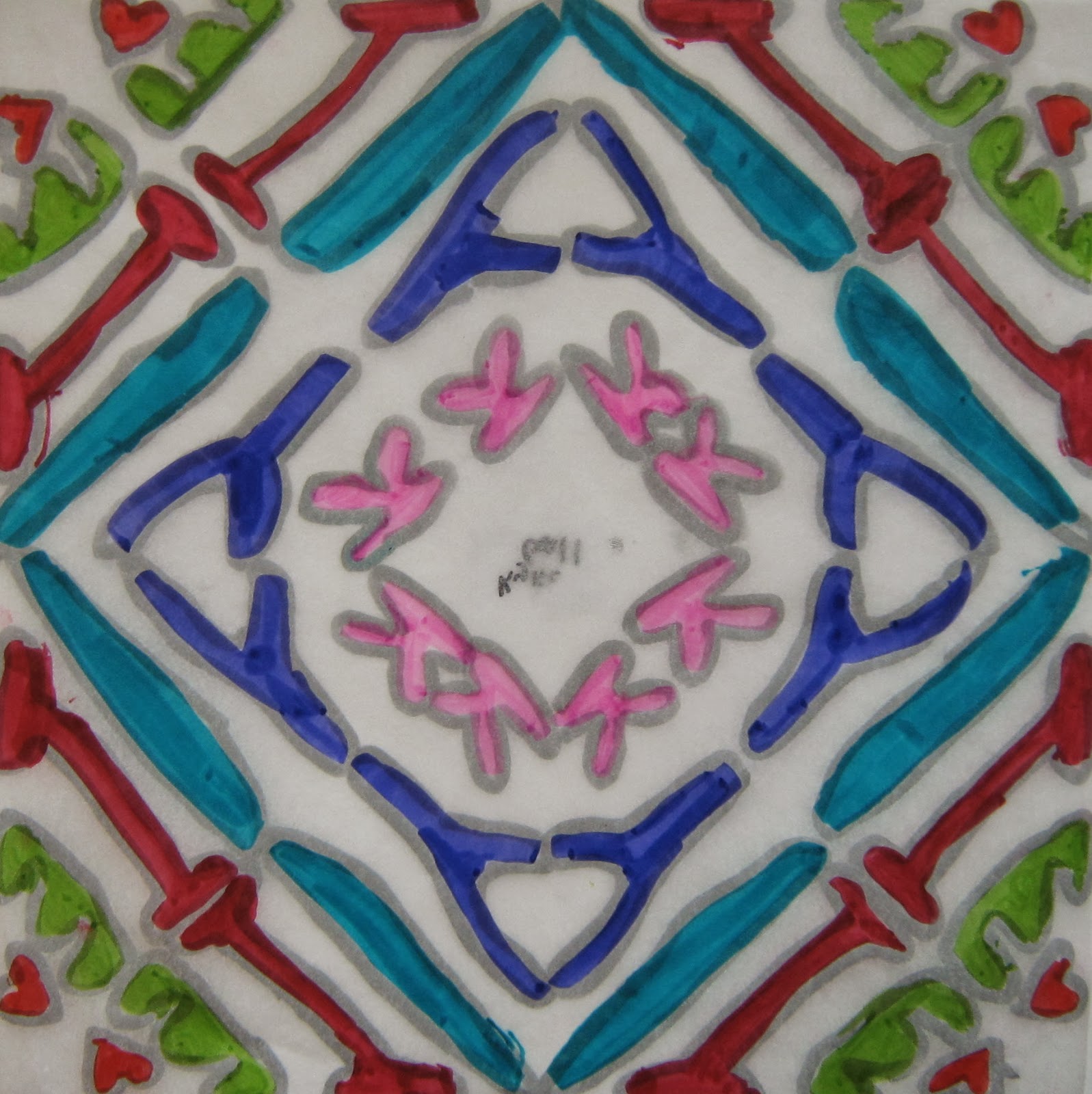 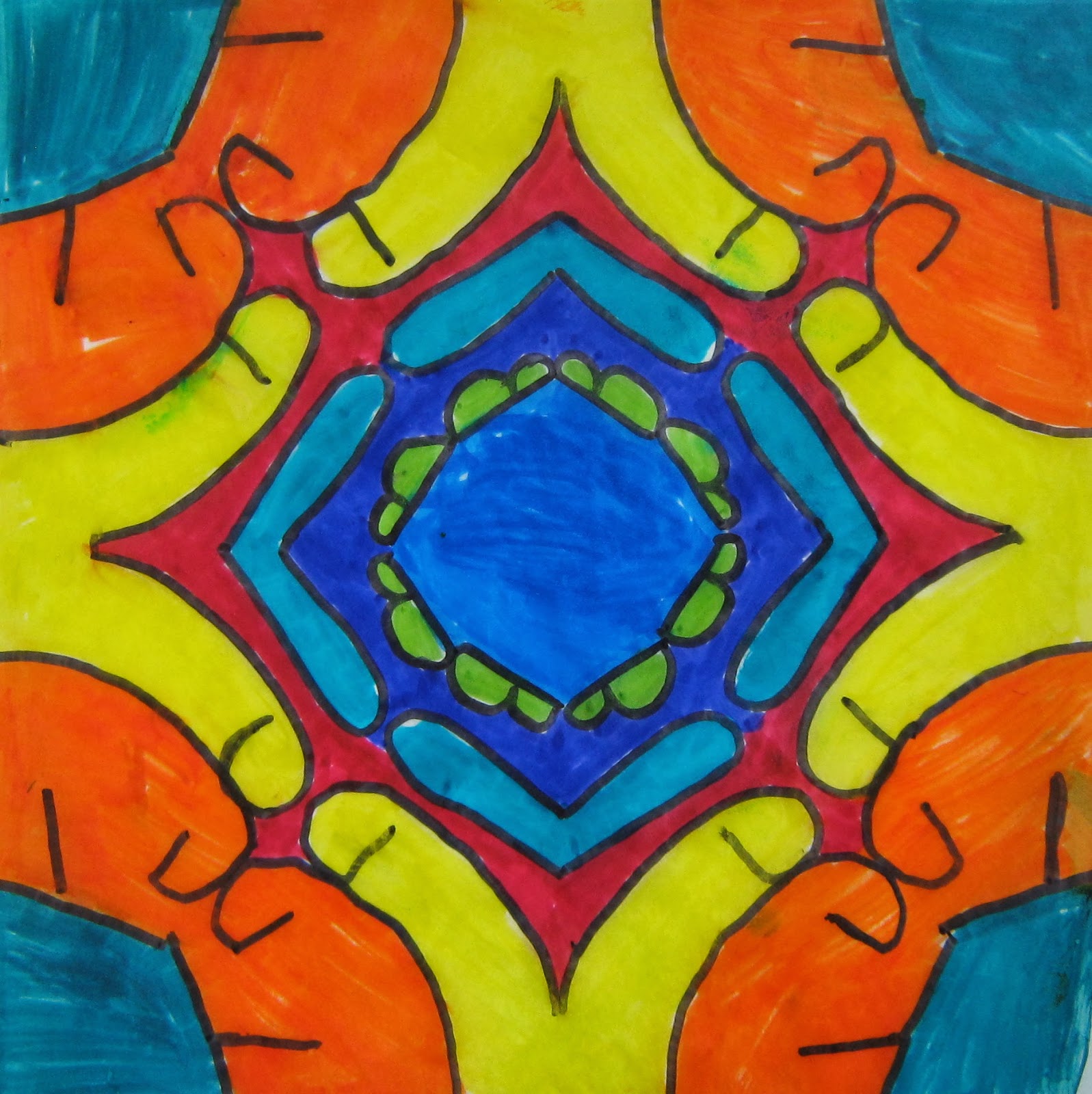 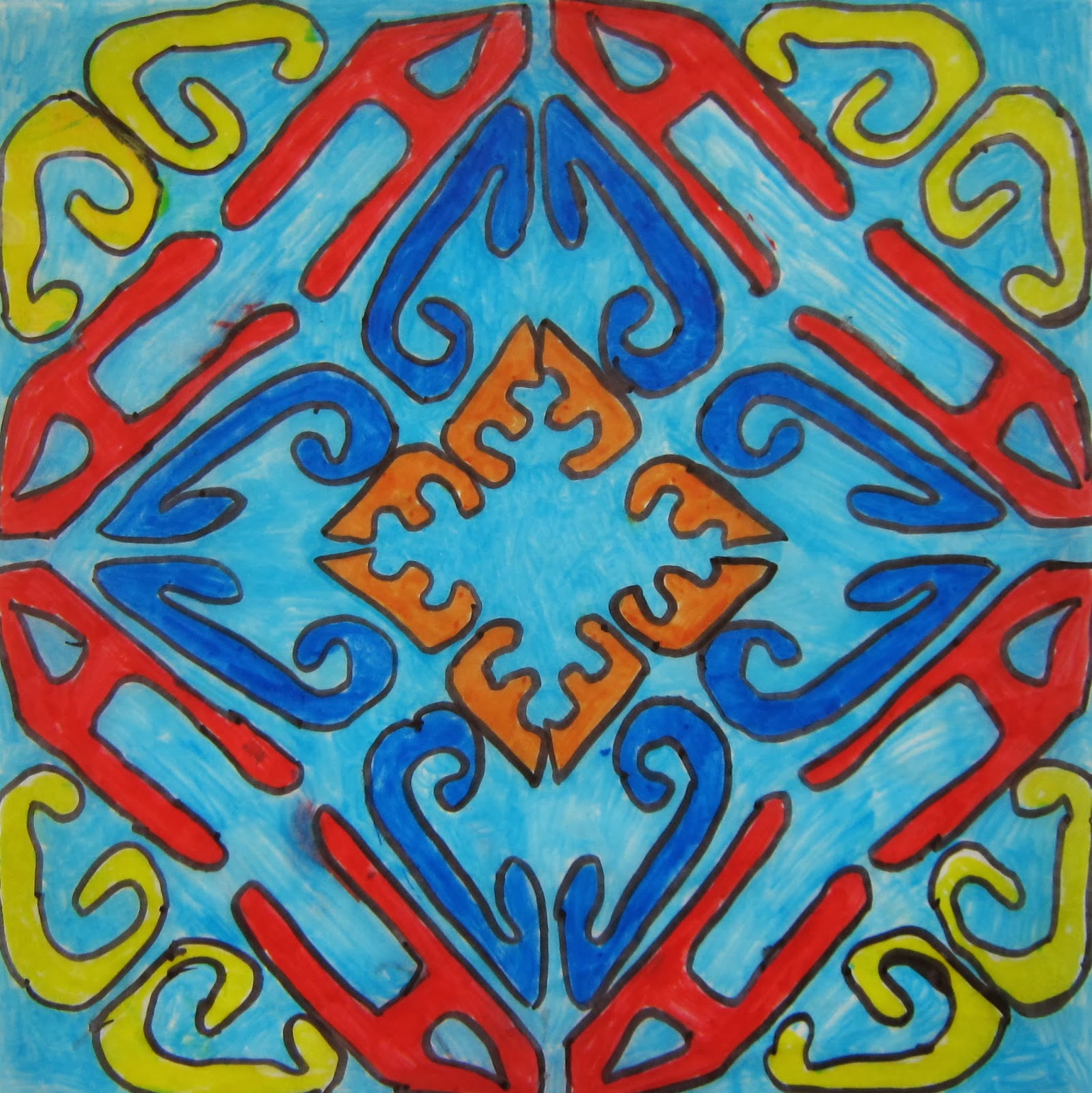 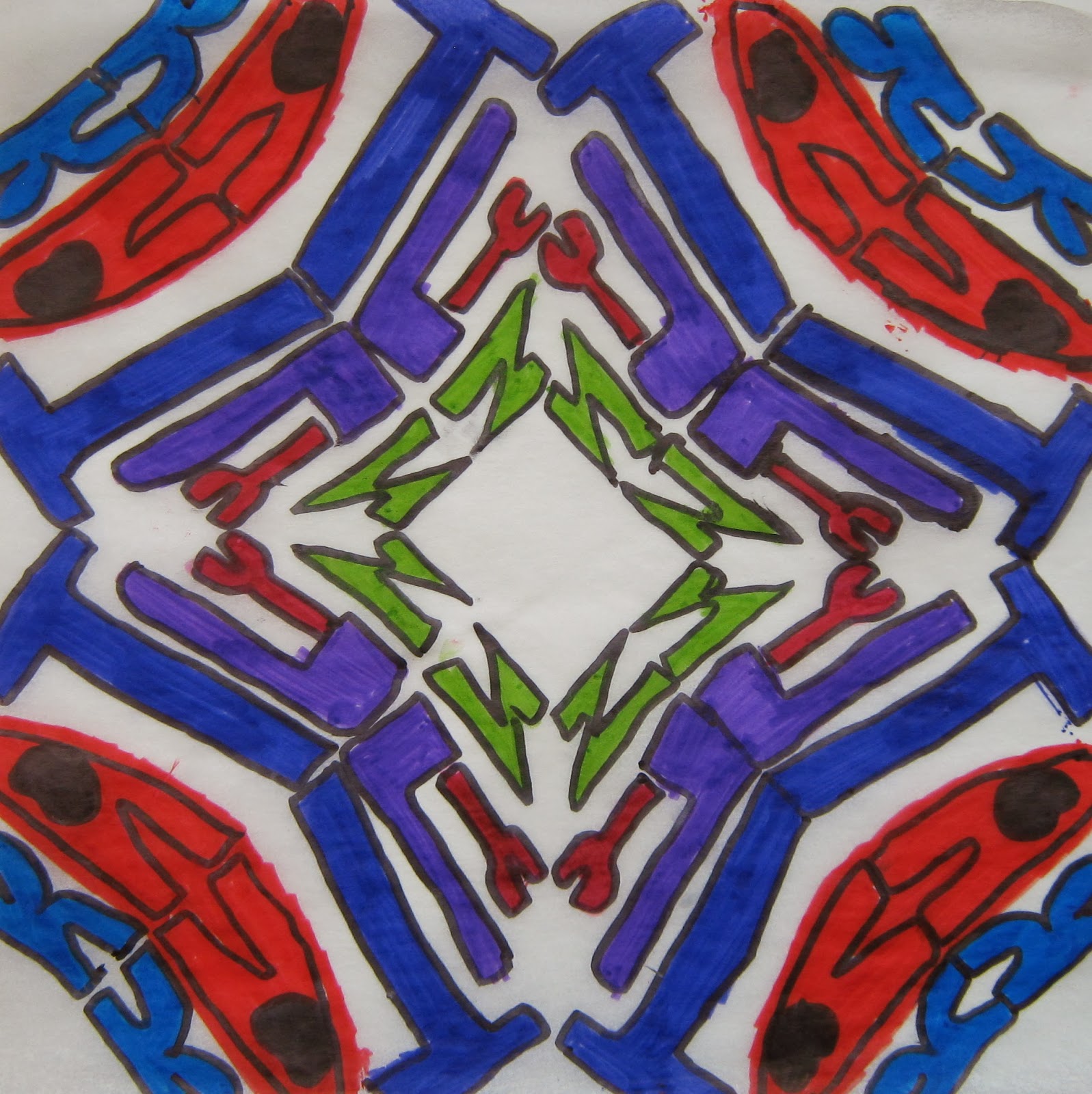 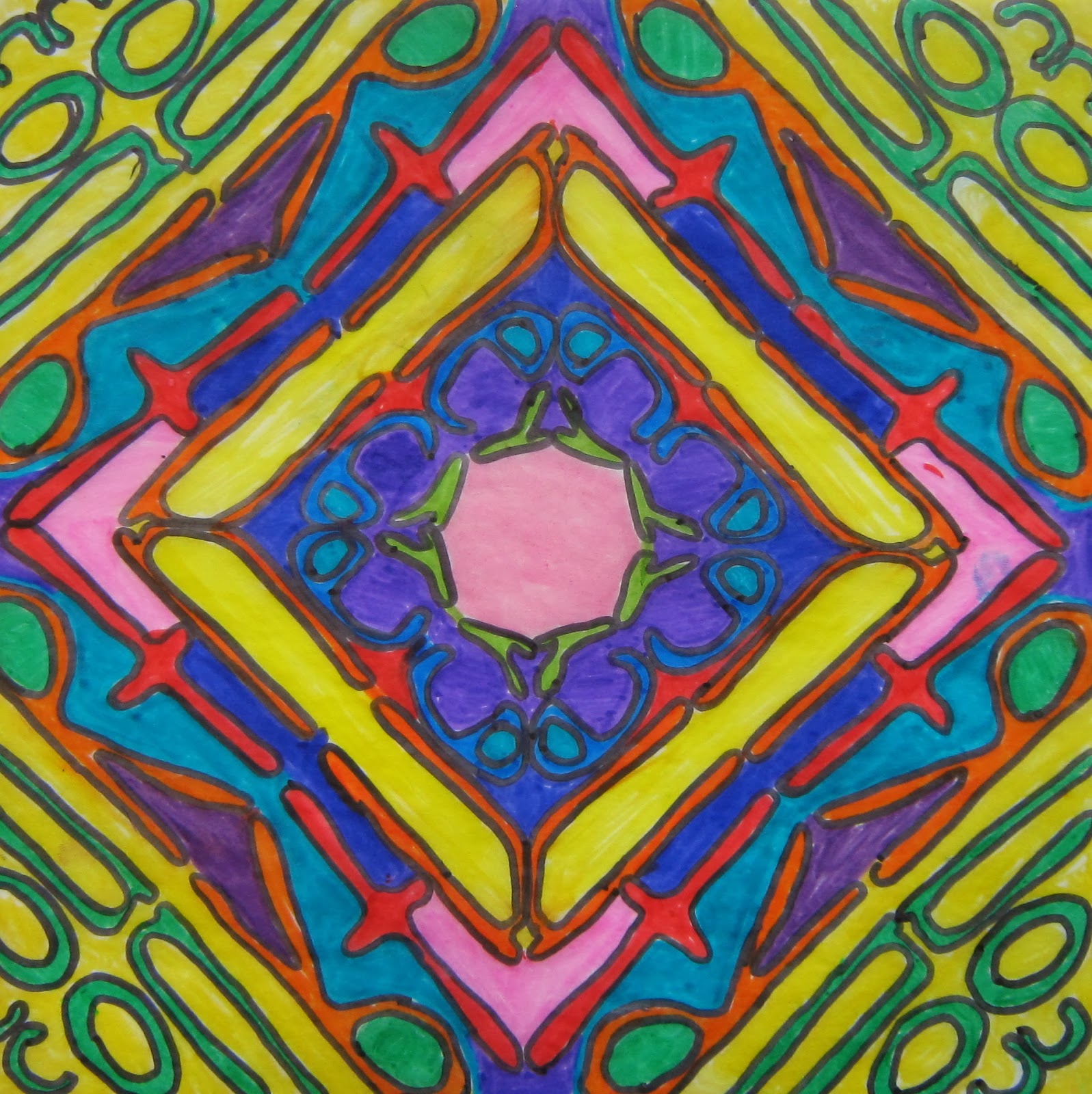 Check out more images at artsonia.